Journey “You Got The Best Of Me” Guitar Lesson

Journey’s got a new song ahead of their July 2022 album, and I’m here for it. “You Got The Best Of Me” has everything one could want from Journey- cool guitar riffs, catchy melody, and a ripping solo from guitar great Neal Schon.

The song kicks off with a keyboard intro from Jonathan Cain, arranged here for guitar. 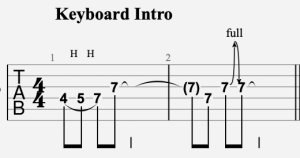 The intro guitar riff should be played staccato with pick hand index and middle fingers, NOT using the pick.

The verse is pretty straightforward; however, each chord change is delayed by half a beat. So instead of changing chords on the downbeat of each new measure, switch on the and of 1 and accent the chord change by removing the palm mute for that hit only.

The chord progression is D5, A/C#, A5, G5 followed by a single note ascent. All chord names written relative to the tuning but actually should be named down 1/2 step from written names here.

You can play just the chords or you can fill in the extra space with single notes from the chords and a few extra notes. See TAB below and video demo for more detail on how to achieve this.

The chorus is similar to the verse, continuing use of the verse’s first two chords and palm mute. The first half of the chorus has delayed accents while the second half has anticipated accents played on the and of beat 4 prior downbeat of where chord change typically happens.

For the solo section of this song, see my “You Got The Best Of Me”guitar solo lesson on my other blog.

After the solo, we get a simple D E chord progression that uses the “D shape” for both chords. Each chord is held for 8 beats (well, 7 1/2 beats but who’s counting? You are, that’s who!)

The ending is a few hits of D and E chords. Listen for the rhythm, then end on D5.

Lastly, return to the intro guitar riff to finish out the tune! 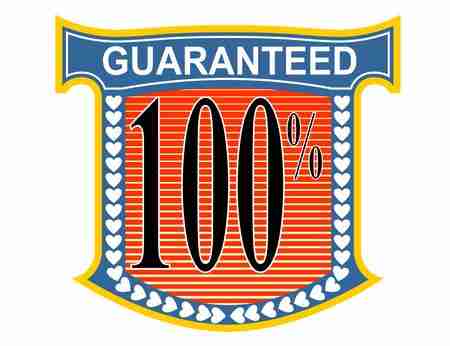